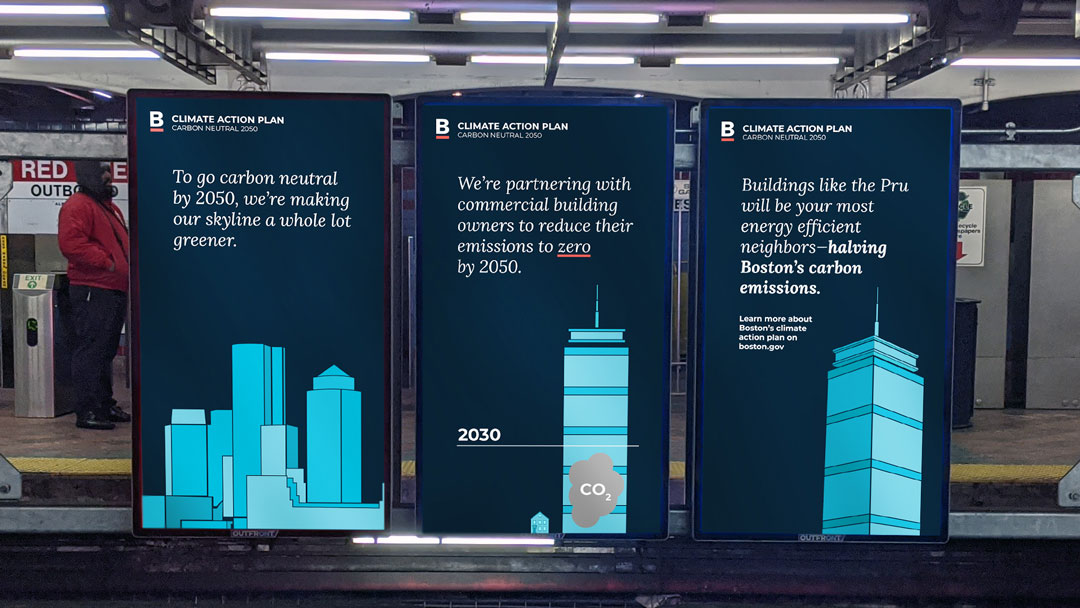 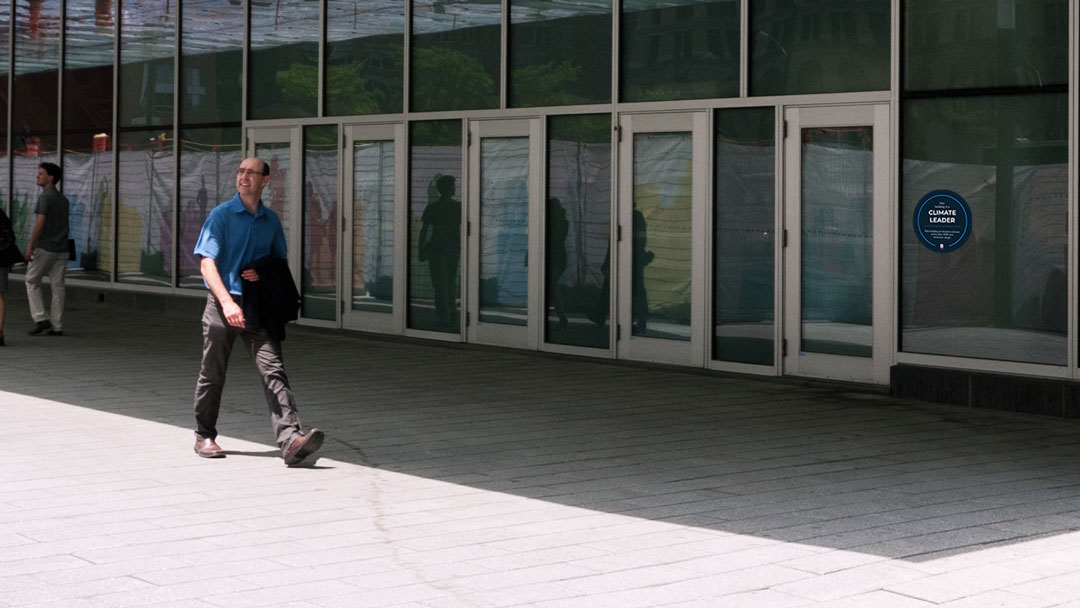 The challenge: How might we make Boston’s new Climate Action Plan a point of pride among Boston residents and encourage them to take action to support these ambitious goals? As a member of the C40 Cities Network, Boston prides itself on being a national and global climate leader. In fact, Boston has taken significant action to reduce emissions since their first Climate Action Plan in 2007. However, much of this progress is not visible to residents who are not directly involved in climate action.

Solution: The majority of Americans are concerned about climate change, but communicating crisis without providing solutions can prevent people from taking action. To address this, I created samples of an awareness campaign that celebrates Boston’s Climate Action Plan. The campaign takes an optimistic, accessible tone and focuses on the progress that has already been made to encourage people to get involved. I imagine this design as part of a larger series explaining each of the city’s carbon reduction strategies.

In October 2019, Boston released an ambitious update to its Climate Action Plan, with the goal to become a net-zero emissions, zero-waste city by 2050. To achieve this goal, the City released a report detailing 18 carbon reduction strategies for buildings, transportation, energy supply, and community behavior. I reviewed this report and decided to focus on communicating Boston’s net-zero building strategies, because unlike transportation or clean energy, net-zero buildings are not yet common knowledge as a climate solution.

Photo by Anthony DELANOIX on Unsplash

Then, distill the most important concepts to communicate about building decarbonization.

Decarbonizing the building sector is one of the most important, yet least accessible, parts of Boston’s Climate Action Plan. I chose to visually communicate Strategy 5: Develop a carbon emissions performance standard to decarbonize existing large buildings. I focused on making the strategy more concrete by keeping the message simple and focusing on outcomes rather than mechanics.

The key points from Strategy 5 to communicate are: 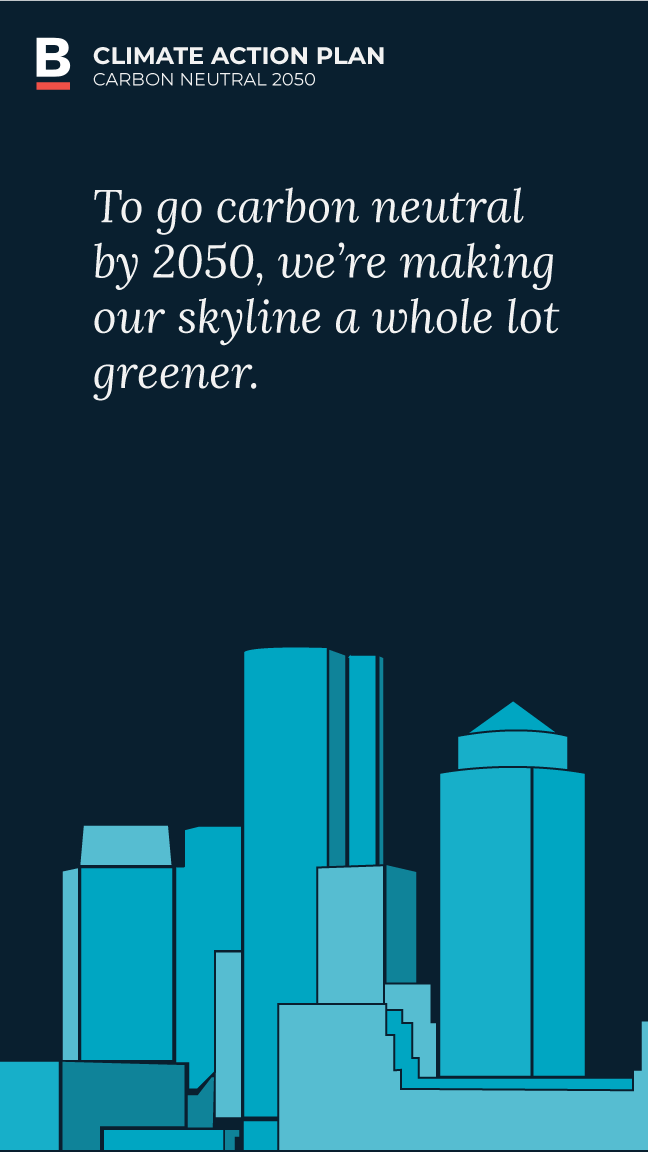 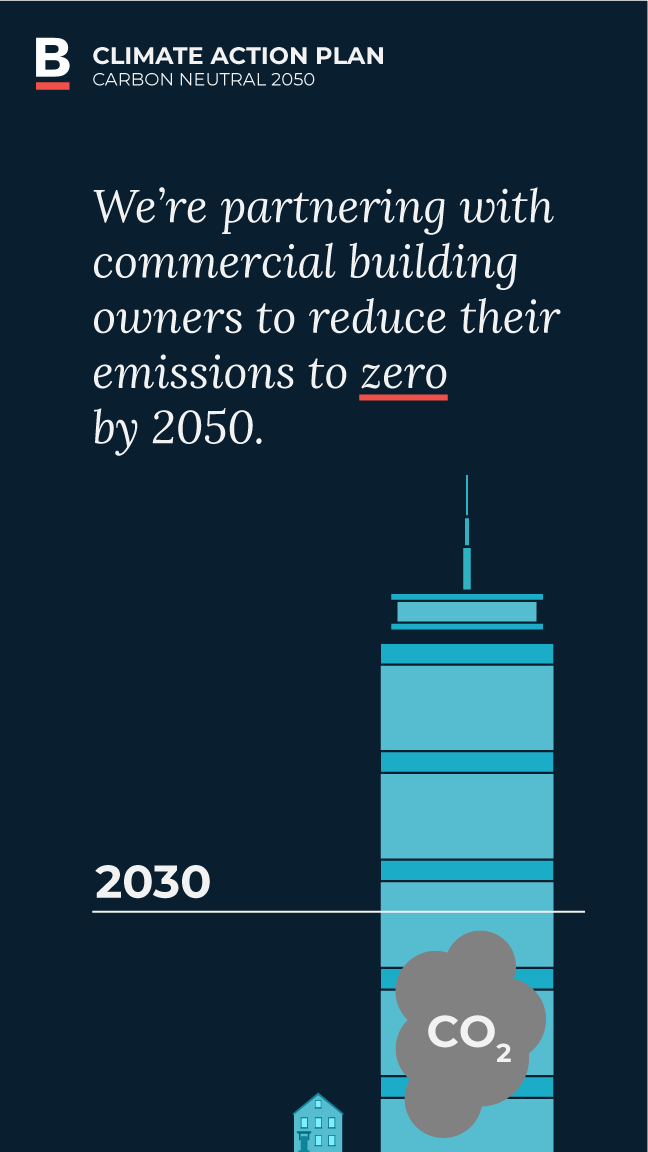 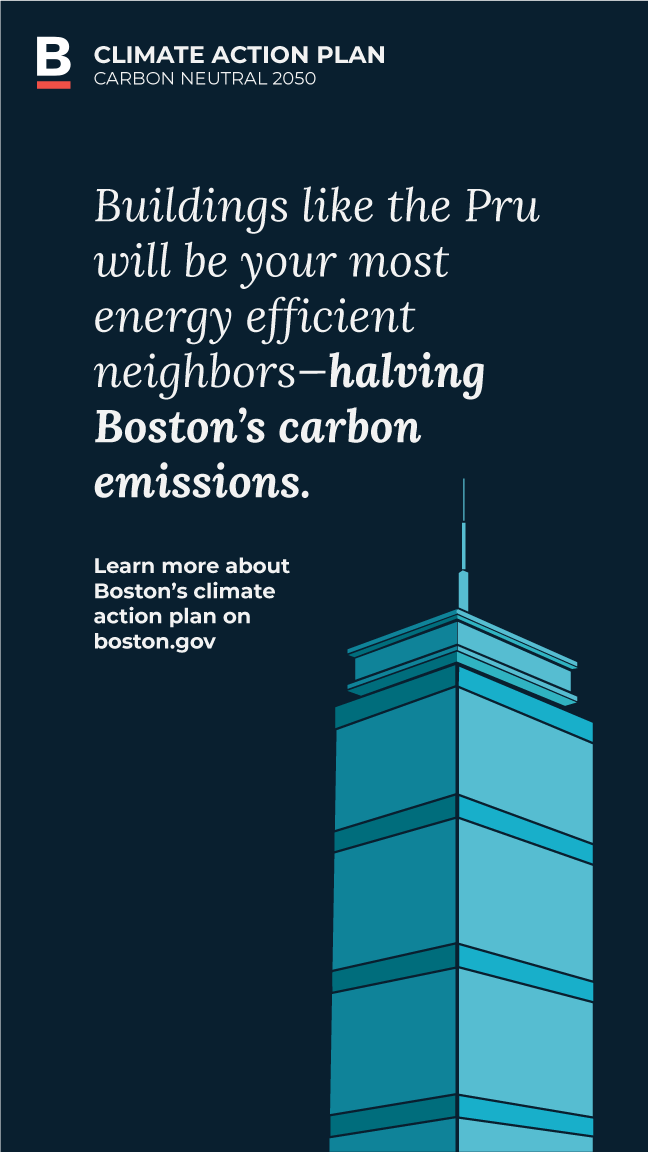 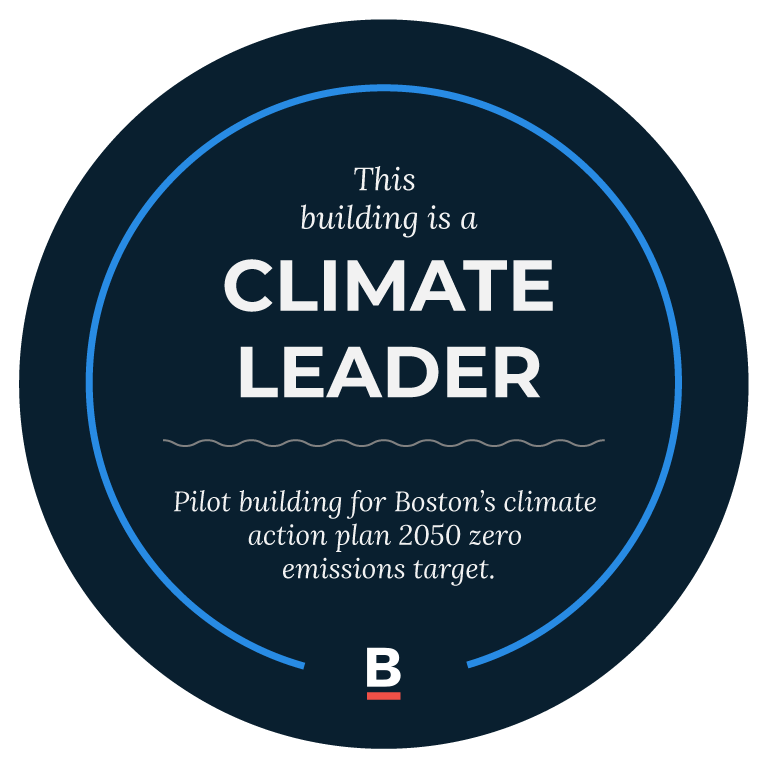 The City of Boston has an exceptional visual identity and brand presence. I knew the campaign elements should take advantage of that fact. Using Boston’s visual identity and local imagery makes each strategy feel immediate, relevant, and connected to the City.

The campaign has two elements that reinforce one another: MBTA advertisements build awareness of the Climate Action Plan more broadly, and climate leader badges make implementation of the plan visible in context by identifying buildings that are on track to decarbonize by 2050.

I chose this format because T advertisements reach a broad audience, are already used to good effect by the City, and let designers use animation to help reinforce concepts.

Similar to LEED certification logos, Boston could highlight positive action by clearly identifying buildings that are making progress towards the 2050 goal.

Focusing on communicating positive progress allows the City to build goodwill by rewarding building owners for meeting their carbon reduction targets, rather than being perceived as only punitive. In addition, by taking the Climate Action Plan off paper, Boston residents would get a daily reminder of the City’s progress towards the 2050 carbon neutrality goal.

Photo by Scott Webb on Unsplash